Underrated Reasons to Live and Invest in Iloilo

What convinces people to live and invest in Iloilo? Here are the most underrated yet important reasons why Iloilo is an ideal home.

There are many reasons why Iloilo province is such a special place for locals and tourists alike. Aside from the fresh environment, the festivities, and the friendly locals, there is more to love about Iloilo.

Why do people choose to live and invest in Iloilo Province?

If you would like to find out, below are some of the underrated reasons people live and invest in Iloilo.

There is more to Ilonggo food than La Paz Batchoy and Pancit Molo. In fact, almost every town in Iloilo has its own delicacy that is also offered in many local restaurants. For your soup options, there are uniquely local recipes like tinu-om, binakol, and KBL (kadios, baboy, and langka).

Next, Iloilo is also a haven for seafood dishes. For starters, there is an abundance of talaba in the province. If you visit any restaurant along Iloilo’s coastal roads, there is a big chance that they offer baked or fresh talaba.

If you want something fancy, many local restaurants with gourmet food selections in the city like Afrique’s Gourmet. Are you a vegetarian? Worry not because Monkey Grounds has got your back from its vegan food and beverages options. Not to mention that these restaurants are also very accessible.

Iloilo is teeming with cafés.

Speaking of beverages, Iloilo is jampacked with cafés. If Instagrammable coffee shops are your game, then Iloilo will now let you down. For starters, there is Coffee Project in Camella Savannah, Aroma in Times Square, and Book Latté in Mandurriao.

Suppose you want to have coffee among history. In that case, you should definitely try Camiña Balay Nga Bato and the Molo Mansion Café.

Lastly, there is also something in Iloilo for adventurous coffee lovers. Up in Iloilo’s mountains in Bucari, you can find a selection of coffee shops with beverages that complement the cool weather of its surrounding.

From spaces for board meetings and themed cafés to coffee shops up the mountains, Iloilo has got you covered.

The art scene is alive in Iloilo.

Iloilo is slowly becoming a center for arts and culture. This is also evident in the city’s nooks, corners, and even bridges. Many then empty walls now have become home to murals. In fact, these wall paintings are the local government’s push to promote public art.

Aside from these public art displays, there are also many galleries in Iloilo. Some examples of the most notable ones are Museo Iloilo, Iloilo Museum of Contemporary Art (ILOMOCA), Art Deck Gallery, and the UPV Cinematheque Film Museum. To add to the 13 operating galleries in Iloilo, the recently opened Metro Iloilo Modern Arts Park is open every day of the week.

Beaches are very accessible in Iloilo.

Iloilo is located in the westernmost part of Panay Island. This means it has a long strip of beach. Iloilo’s northernmost town, Carles, is famous for its beaches, sand bars, and seafood. Going south, Iloilo is still hugged by beaches up to end in San Joaquin. In fact, Iloilo City itself is bordered by the coastline and a port connecting it to Guimaras Island.

If you are coming from the city, you can reach the nearest resort in Oton within only minutes. The beach is even closer if you live in Iloilo’s residential communities like Camella Savannah.

Iloilo has a lively nightlife.

The province of Iloilo has bustling tourism during the day. But did you know that it also has lively nightlife? Before the pandemic, merriment in Iloilo’s party district can stretch up to the wee hours of the morning. Aside from the few clubs scattered around the city, most of the fun in Iloilo is in Smallville. This village is an assortment of resto-bars, clubs, hotels, and coffee shops. Just the perfect weekend hangout spot for the working population of Iloilo.

Make your experiences more local with these recommended restos in Iloilo:

Healthcare facilities are plenty in Iloilo.

In Iloilo, health is definitely wealth. With the abundance of public and private hospitals at the town and province levels, health care is very accessible. In fact, there are several established private health care providers within the city like the Iloilo Doctors’ Hospital, St. Paul’s Hospital, Medicus, Metro Iloilo Hospital & Medical Center, and Qualimed. Plus, there are also public hospitals like the Western Visayas Medical Center and the West Visayas State University Medical Center.

Why Live In Iloilo City?

Need to bank in Iloilo? You only have to choose between the bank across the street or the street after that. When you go to the city, you will notice how properly adorned Iloilo is with banks. That is because Ilonggos are generally thrifty, making them one of the top savers outside of Metro Manila.

You have more sustainable options in Iloilo.

Aside from its primarily green environment resulting in minimal pollution, Iloilo is still exploring sustainable options. In Iloilo City, the streets are more bike-friendly and walkable, with trees on either side. The city was also able to revive its dying river through clean-up drives and releasing new fingerlings. Now, it is a food source for many Ilonggos.

On a larger scale, the northern towns in Iloilo, namely Ajuy, Concepcion, and Carles, are also looking for renewable energy sources. This is in partnership with the Department of Energy for the Development of Renewable Energy Applications Mainstreaming and Market Sustainability project.

In summary, living in Iloilo is living amid a healthy environment where you are immersed in arts and culture. Here, you will also have endless food and entertainment options. In addition, vacation is only one drive away. And lastly, business is easy in Iloilo with its robust financial industry and commercial hubs.

Don’t all these just make you want to live and invest in Iloilo? You can realize that dream in Camella Savannah, the most prominent developer of house and lot for sale in Iloilo. 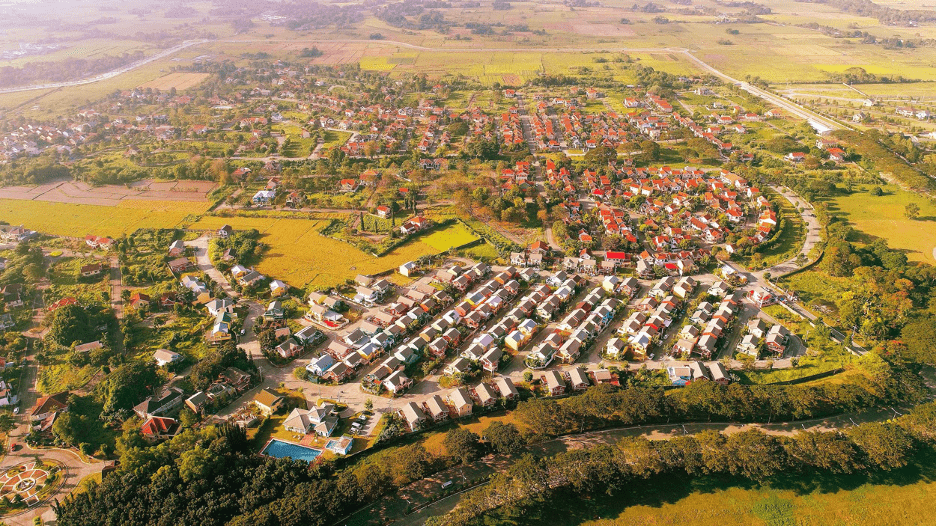 Settle down comfortably in Iloilo.

Check out Camella’s house and lot for sale in Iloilo for your options.

Hidden Tourist Spots in Laguna You Should Know About

Home Buying Before and During Pandemic, What Changed?

How Camella Properties in Davao Boost Investment and Business Opportunities

Camella House and Lots for Sale in Davao Davao City is not called the King City of the South...
Continue reading

Why Invest in Iloilo City?

Why Invest in Iloilo | Photo from Pexels by Janssen Panizales A single statement or reference...
Continue reading