Armed with vaccines, Philippines is in a race against time as new COVID-19 variants pop

The global health crisis shook almost every aspect of our lives. Anti-virus measures, which were all new to us when the pandemic started, are taking up most of our daily routine. Activities we enjoy outdoors moved online. Some friends we love to hang out with are quarantined. The coronavirus disease infection statistics we see in health bulletins are becoming names of people we know. We get used to and sometimes fatigued, following stay-at-home orders, proper mask-wearing, and physical distancing. But we cannot disregard these health protocols yet as COVID-19 cases are still soaring in the country.

Last year, fear and anxiety crept in when the first virus case was detected in the country. It involved a Chinese woman from Wuhan, China, who arrived in the Philippines last January 21, 2020, the Department of Health announced on its official website as it assured Filipinos they were on top of the situation. In the following days and weeks, however, we were bombarded by news breaks reporting additional cases. We witnessed how single-digit case numbers turned to hundreds, then thousands, and even hit millions. The country’s virus tally has reached a staggering total of 2,283,011 as of September 15, DOH reported. Out of the number, 170, 446 are active cases, more than two million have recovered, while 35, 742 have died.

Before we know it, the virus has started to spread to our place.

But as the virus spreads, our knowledge on fighting it also furthers. Record-shattering COVID-19 cases we see in the news are not that shocking anymore as compared to the first few cases reported in the early months of the health crisis. We know how to protect ourselves now because of the information dissemination program of the government. COVID-19 testing has also become extensive. Protective masks and sanitizers, which were often depleted at the onset of the pandemic, are also adequately available at local shops and pharmacies.

Thankfully, the greatest ally has come for this war: vaccines. Its development has changed the pandemic’s playing field, and its worldwide distribution provided an opportunity of reaching herd immunity in the Philippines.

Herd immunity in the Philippines through vaccination

Also called ‘population immunity,’ herd immunity is defined by the World Health Organization as an “indirect protection from an infectious disease that happens when a population is immune either through vaccination or immunity developed through previous infection.” Our immune systems are trained by vaccines, WHO explained, for it to establish antibodies that will fight the infectious disease.

The international public health organization furthered that a considerable proportion of a population needs to be fully vaccinated to safely reach herd immunity against COVID-19.

Apart from vaccine availability, immunity against the virus can also be achieved through natural infection, but the WHO calls it “scientifically problematic and unethical,” citing the collateral damage it can leave.

WHO’s Chief Scientist, Dr. Soumya Swaminathan, said that at least 60 to 70 percent of the population needs to have immunity to stop COVID-19 transmission.

Vaccines become a race against time. Since the vaccination rollout started last March this year, more than 39 million doses were already administered, the DOH data as of September 14 said. The health department said that the average daily vaccine dose administered for the last seven days hit 407,776.

Like reaching any dream, challenges are also present to achieve herd immunity as soonest time as possible. A journal published at Oxford University Press (OUP) cites vaccine hesitancy as one of the obstacles faced by the Philippines in its vaccination campaign. Solutions regarding this concern include more ‘localized’ public education, as well as establishing public trust through the example of public and health officials.

The COVID-19-causing virus SARS-CoV-2 has evolved, and these mutations caused different variants. Previously named after the place of its origin, the new variants of COVID-19 were renamed by WHO using Greek letters. The public health organization also classified emerging variants as “variants of interest,” which have mutations that call for additional study; and “variants of concern,” which have shown changes, as what Dr. Maria Van Kerkhove, emerging and re-emerging infectious diseases specialist based at WHO’s Health Emergencies Program explained.

Included among the variants that were already detected in the country are the variants of concern like Alpha, Beta, Gamma, and Delta. Also reported were the Lambda, Theta, and the P.3 variant.

The Centers for Disease Control and Prevention said that the majority of the variants trigger similar symptoms as COVID-19, which include:

But among the mentioned variants, CDC noted the significantly dangerous Delta variant, first detected in India and also known as B.1.617.2, which is twice as contagious as the previous variants detected. Cases of Delta variant have breached the 2 000-mark in the Philippines as of September 6.

Another bad news has rocked the country last August with the detection of Lambda variant, or C.37. First identified in Peru, the Lambda variant can probably share the same transmissibility as the Delta variant, the head of adult infectious diseases at the San Lazaro Hospital noted in an interview with ANC.

Aside from battling the present variants on top of the original COVID-19 virus, health officials are also raising their guard with the Mu variant, which showed high transmissibility in initial studies.

The Philippines is bombarded with the impacts of the pandemic, including in health and economic aspects, as it is being surrounded by piling and still-popping challenges.

Hospitals swamped with patients seem like a normal scenario during health outbreaks in the country. Different from other outbreaks in the past, like dengue, hospitals are deploying more careful protocols in handling COVID-19 cases. The infectious disease requires designated hospital beds, protective guidelines for both the health workers and the patients, as well as ensuring the implementation of national and international protocols.

The upward trend of COVID-19 cases in the country is pushed further by the emergence of new variants. This was proved true by the independent group Octa Research with its spokesperson Guido David noting that rapid increase of the cases in the Philippines over a short period is “variant-driven,” Strait Times reported.

The DOH last year said almost PHP4.5 billion was allocated by the government under the Bayanihan 2 or the We Recover As One Act intended to equip hospitals facilities. The fund covers infrastructure, hospital equipment, as well as the expansion of government hospital capacity to 30 percent. This opened more COVID-19 beds, isolation wards, intensive care units (ICU), and molecular laboratories.

But the new variants and the surge of cases caught the healthcare system by surprise.

On September 9, the DOH data said some 442 health facilities nationwide are already at a critical level or have reached more than or equal to 85 percent occupancy rate. Seventy-five percent of Intensive Care Unit (ICU) beds are already occupied, while over 57 percent of mechanical ventilators are in use.

Non-governmental organization Amnesty International has noted the struggle of patients being turned down due to the lack of facilities. Outside the health, facilities are sick Filipinos waiting to get immediate medical attention. Local government units have opened temporary treatment and management facilities to decongest hospitals.

Above all, bearing the burden of the present hospital situation are healthcare medical workers who stretch work hours to assure every patient is well taken care of. The prolonged pandemic has increased their exposure to the virus, with a total of 18,852 infected among them as of the end of May, according to WHO. They have been dedicating their life, not to mention their family’s health at risk, to their duty.

The Philippines is responding to the soaring virus cases through quarantine restrictions, among others. From one lockdown to another, we are left with no other option but to stay at home. The decrease in our mobility has affected the circulation of money, and at the end of the course, the economy is hurting.

Before the outbreak of the virus, our country was listed among the fastest-growing economies in Asia, with a Gross Domestic Product growth average hits 6.3 percent yearly. Independent agency Flanders Investment and Trade said the high GDP was mainly attributed to investment, private consumption, and services.

These economic gains seemed to have slipped through the grip of the Asian country last year with the weakening of the economic growth, Washington-based non-profit Brookings Institution said. It noted the slump the Philippines has suffered, which it said was considered as among the “deepest contractions” in the Association of Southeast Asian Nations (ASEAN).

While the country’s economy started to recover this year, an uncalled-for surge has triggered longer lockdowns.

What’s more, the new virus variants in the Philippines have brought a threat to the fast economic rebound, according to July’s market call of the First Metro Investment Corp. (FMIC) and University of Asia and the Pacific (UA&P). Credit activity was also restrained by the new COVID-19 variants, leaving another negative impact on economic recovery.

We also cannot deny how the ongoing transmission and the emerging virus variants have cut down earnings, working hours, and even the employment of Filipinos. In fact, as of June this year, the Philippine Statistics Authority (PSA) reported 3.76 million Filipinos aged 15 years and above were unemployed.

Determined to make a living and deliver their duties, we see our fellow Filipinos braving dangerous set-ups. People that live based on daily earnings like street vendors, public utility vehicle drivers, and delivery riders are only among the workers that help keep the economy running. For sure, they also want to minimize their exposure to the virus, but this means lesser income or no income at all. Their sacrifice during this pandemic, along with our health care and other economic front liners, is worthy of commendation.

But more than praises and encouraging messages, we must be one with our front liners in battling this pandemic. We can be heroes in this war if we roll up our sleeves and get our vaccine doses if it is available in our area. We are also told to boost our immune system by maintaining a healthy diet, committing to regular physical activities, and getting enough sleep. If we manifest any of the infection symptoms, we are advised to seek medical attention but also to inform our local health provider before our clinic visit. Being informed is also vital nowadays. Regular access to news and health updates from the mainstream media and official websites of health authorities can help us plan our day safely.

Getting out of this pandemic does not need to be difficult. It is simply following health protocols like wearing our masks properly, maintaining safe physical distance, and washing our hands frequently, like we are repeatedly told by health authorities. We must also adhere to mass gathering and unnecessary travel limitations to prevent becoming super spreaders. All of these protocols are being observed at Camella, the country’s trusted house and lot builder.

On top of everything, with the stay-at-home orders, this pandemic highlights how important healthy homes are to Filipino families.

If you are planning to give your family a roof to live in, you must consider the long-term safety and security. Check out Camella’s catalog of house and lot for sale for a choice of a healthier community, spacious shelter, and smart living.

Things to Consider Before Investing in Cryptocurrency Why Living in Pangasinan is More Rewarding

By: Mariel Joyce Bernardo INSTAGRAM: phils.pride79 Many of us want to be free of the...
Continue reading 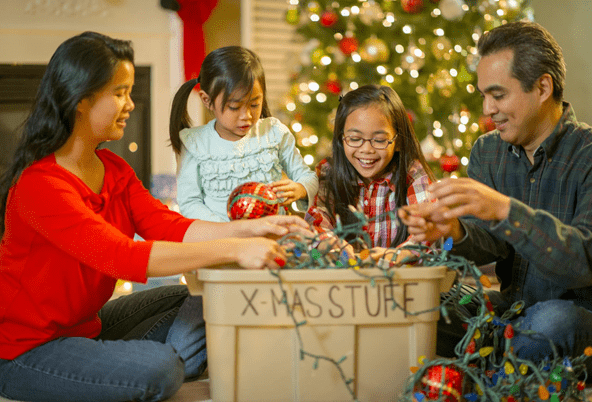 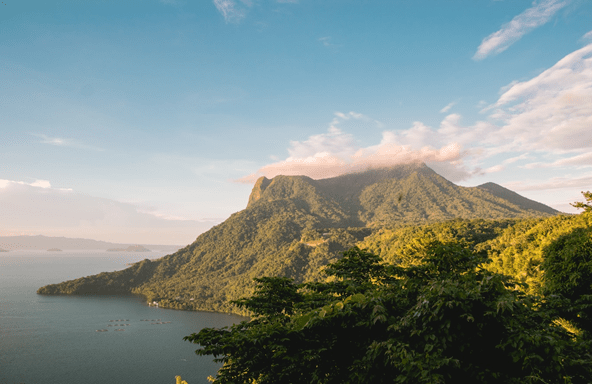 Where to Travel This Pandemic Philippines

By Angelika Jainga While we are still amid this Coronavirus 2019 (COVID-19) pandemic that...
Continue reading