Top Reasons to Invest in Condos Outside Metro Manila

Condos outside Metro Manila. In the Philippines, Metro Manila is one of the most important centers of business and commerce. As a result, it is extremely congested. If you lived here before COVID, you’ve probably seen the horrendous rush-hour traffic jams. Add to that the long commutes and a flurry of activity that drains your energy at the end of the day.

Why do people choose to move out of Metro Manila?

There are indeed several advantages to living in the National Capital Capital (NCR). However, many people are choosing to migrate to areas north or south of the region. This is simply because it is calmer and available homes are generally less costly per square meter.

We’ve all experienced the worse traffic congestion in Metro Manila. It would only take a few minutes of non-stop rain for the streets of Metro Manila to come to a grinding halt. On certain evenings, the large number of automobiles make EDSA look like a long parking lot.

These conditions have become part of the lives of every commuter and motorist. But, more importantly, how can we address the problem of traffic congestion in Manila? A reduction in the number of automobiles? Larger roads? Improved infrastructure, perhaps? A new set of traffic regulations?

How can residents benefit from the decongestion of Metro Manila?

The idea of relocating from Metro Manila has been floating about for quite some time in the country’s history. Many legislators and higher-ranking officials have urged for the transfer of government agencies to the provinces.

The Philippines could learn something from its neighbors such as Malaysia. This Southeast Asian country has established an administrative capital in Putrajaya to relieve congestion in the country’s capital, Kuala Lumpur. As a result, Putrajaya serves as a de facto alternative capital. In fact, it has its governmental agencies erected in the surrounding region. As a “green city,” it will have more environmentally friendly areas and enterprises than the average city.

Decongesting Metro Manila and NCR can create more jobs and opportunities. By decentralizing the center of business and government, it can also strengthen other regions in the country.

Aside from its economic impact, decongesting the capital also means avoiding disastrous catastrophes. This is because disaster response will be more accessible to the provinces.

One such instance was Super Typhoon Yolanda, which devastated Tacloban, Leyte, and other areas of the nation in 2013. As a result of the concentration of all government offices in Metro Manila, mobility has become a problem.

With the continuing pandemic, the problem of decongesting Metro Manila has resurfaced. This is owing to the virus’s fast spread, which has exacerbated the situation. Because of the high density of people in the area, it has become vulnerable to the spread of infectious diseases.

Escape the metro congestion and settle down close to all your needs in these top locations:

Why are Filipinos investing in condos outside Metro Manila?

Listed below are five reasons why a well-planned decongestion plan may be the long-term answer to Metro Manila’s traffic congestion.

1) Metro Manila is overcrowded, and this is a problem

According to the most recent population estimate from the Philippine Statistics Authority, Metro Manila will have a population of 13, 484, 462 people in 2021. This makes it one of the world’s most densely inhabited places.

The House Committee on Housing and Urban Development Chairman Francisco Benitez of Negros Occidental also estimates that around 600,000 of the country’s 1.5 million informal settler families live in the National Capital Region.

Despite the government’s attempts to resettle them in the provinces, some of them still return to Metro Manila. One reason for this is the scarcity of employment opportunities in the region. As a result, the government is obliged to give incentives and support for entrepreneurs to relocate their businesses locally. In line with this expected movement, the government also looks at making housing complexes more accessible.

2) There is too much congestion in Manila

There are a variety of reasons that contribute to traffic congestion in Metro Manila. One of these is the poor planning of roads and highways. Did you know that EDSA, Manila’s major thoroughfare, really works at a higher capacity than its design?

According to a Manila Bulletin article, EDSA has not expanded since the 1960s. This major road that runs from Caloocan to Taft, has not seen any development farther than it is now. It was designed to have a daily capacity of 288,000 vehicles, with a maximum capacity of 288,000 cars per day. During peak hours, however, the number of cars might reach up to 402,000. According to the report, this implies that EDSA is operating at around 39 percent of its maximum capacity.

The government’s “Build, build, build” programs aim to construct infrastructure that would aid in the decongestion of Metro Manila’s roads and highways. The Department of Public Works and Highways (DPWH) has been working on an EDSA Decongestion Plan. This plan is slated to be completed by 2022, according to the department.

According to DPWH Secretary Mark Villar, travel time between NLEX and SLEX might be as short as 20 to 30 minutes. This is thanks to the 14 highways and expressways, as well as 11 bridges now under construction. This initiative also included the Skyway Stage 3 that connects Makati and Balintawak, Quezon City. According to estimates, it would relieve the congestion in EDSA and other key highways in the area by up to 55,000 cars each day.

In addition to constructing infrastructure and bridges, the government also promotes the use of alternate and more active forms of transportation. One of such modes is bicycling. Cycling lanes are being added to additional roads to safeguard cyclists from being hit by cars and motorcycles.

As a result of the fact that Metro Manila is located atop a fault line, disaster preparation must be an intrinsic aspect of every city’s strategy. There should be a well-thought-out reaction action plan in place for any tragedy, whether it be an earthquake, flash flood, or another disaster.

Recent natural disasters such as Typhoon Yolanda and the earthquake in Bohol demonstrate that disaster response teams should not only be concentrated in Manila to permit speedier movement to the provinces but should also be distributed across the country.

According to the Planet website, the nation has been exposed to these sorts of natural disasters for a long time. It is said that humans should be able to maintain their resilience in this sort of environment on the globe since it causes the Philippines as a whole to be severely devastated by natural catastrophes.

Looking for a condo outside Metro Manila? Find properties in North Luzon!

What Makes North Luzon A Good Place For Your Investments?

4) Aside from Metro Manila, there are other booming cities in the Philippines

The metropolitan area of Manila serves as the country’s commercial and industrial hub. Because of the city’s well-established economy, investors choose to locate their operations in Manila. Workers and entrepreneurs from around the country go to the capital city in quest of work and opportunity.

While this is true, other commercial areas shine brightly outside of the National Capital Region as well as inside it. It is because of their powerful and highly competitive economies that the cities of Metro Cebu and Davao have formed business hubs. Here, condominium communities are in strategic locations close to schools, commercial centers, and medical institutions.

Economic development in these areas is expected to accelerate, particularly as a result of the administration’s efforts to develop the Vis-Min and other regions. Business hubs are presently present in both sectors, with the BPO-IT business and tourism being the most prominent examples. In addition to these sectors, others such as agriculture, food, and service are seeing steady growth.

5) There is a growing sanitation and healthcare concern

Because of the high density of people in Metro Manila, infectious illnesses are more likely to spread quickly and readily. With COVID 19, the virus’s spread became more powerful in cities with a high density of people per square kilometer of land area than in other areas. Because of the limited available space, safety standards such as social separation are seldom observed in these settings. As a result, the distribution of government aid is likewise a difficult task to do.

With these five reasons in consideration, decongesting Metro Manila will be very beneficial not just to individuals living in the area, but to the whole nation as a whole. Providing other cities or areas with the resources they need will assist them in realizing their full potential. The epidemic caused a resurgence of rural life, with individuals returning to their ancestral homes and discovering the joys of rural existence.

What Are The Best Features Of A Pine-Estate Condo Outside Metro Manila?

Purchasing a house is perhaps one of the most important choices we will have to make. That said, we must evaluate factors such as professional and educational prospects. Also add the means of transportation, community, and, most significantly, geographic location while making decisions.

Can you find tranquility in the city? Or do you find it impossible to resist the lure of a more peaceful, rural environment with landscaped gardens and swimming pools?

Many people move out of the cities that have become their home for many years for various reasons. Most of them want to want convenience and an affordable lifestyle. They want to be free of all the urban hustle and bustle and have everything a short walk away. This is while enjoying the advantages of living in the suburbs. That means having properties with open spaces located in a prime location where they are minutes away from commercial establishments and the town center.

All of these only mean one thing. It is the fact that people prefer living in places where families and young professionals can get the best work-life balance. 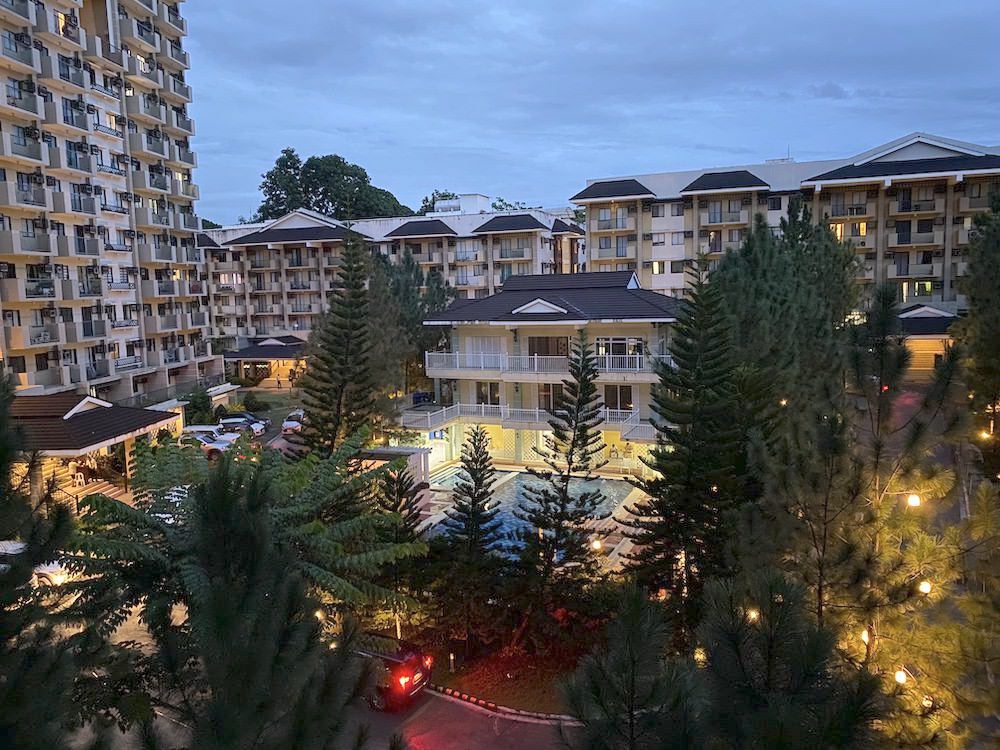 Discover our new developments and other properties outside Metro Manila!

Looking for a home to buy or rent? Find Camella’s condo for sale in key areas across the Philippines.

Why Is Location Important in Choosing Your Next Home

How to Plan Your House Painting Budget

How Camella Properties in Davao Boost Investment and Business Opportunities

Camella House and Lots for Sale in Davao Davao City is not called the King City of the South...
Continue reading

Why Invest in Iloilo City?

Why Invest in Iloilo | Photo from Pexels by Janssen Panizales A single statement or reference...
Continue reading