How did Pampanga become the Philippines Culinary Capital?

For the longest time around, Pampanga has been the Culinary Capital of the Philippines. If you live in Metro Manila, it would only take you an hour to travel to Pampanga and taste the most delectable dishes. For a country with different cuisines to offer, having Pampanga’s title is a huge deal.

But first, here is a brief history of Pampanga.

A brief history of Pampanga

The name Pampanga was derived from “pampang,” which means riverbank. During the Spanish colonial period, our Spanish colonizers referred to the locals in Pampanga as “Kampampangans,” which translates to “people by the river bank.” Because of this, the province was named “La Pampanga.”

During the second World War, communist guerilla unit Hukbong Bayan Laban sa Hapon (Hukbalahap) used Pampanga as the base for their operations during the Japanese occupation. On 1950s, the Hukbalahap was suppressed during the Magsaysay administration when its leader Luis Taruc surrendered to the government.

As of the article’s writing, Pampanga is the home of two presidents, Diosdado Macapagal and his daughter Gloria Macapagal-Arroyo.

There are several reasons why Pampanga became the culinary capital of the Philippines. They earned their nickname because of their history, inventions, signature style, and media exposure. These reasons are pivotal in how the province made its title and developed its culture of having mouth-watering food.

During the Spanish Colonial period, Spanish friars and sailors trained the Kapampangans to cook. Kapampangan dishes are inspired by the Spanish but have influences from Malay and Mexican cuisine. Kapampangans were inspired to create their cooking using the methods they learned from Spaniards and local ingredients.

Spanish friars were amazed by how Kapampangans produced a unique blend. Because of this, friars and government officials hired Kapampangans whenever they had household guests. Kapampangans were also tasked to create the menu during the proclamation of the First Philippine Republic in Malolos, Bulacan.

Since then, Kapampangans never looked back and embraced the cooking methods that the Spaniards taught them. These recipes are passed down from generations that followed.

The struggles that the Kapampangans faced due to revolt, floods, and the eruption of Mt. Pinatubo paved the way for them to get extra creative when it came to food. According to tourism secretary Bernadette Romulo-Puyat, women and children were left at home during the Spanish colonial period by the men who had to work in Cavite shipyards.

In the 18th century, Kapampangans experienced extreme hunger and famine. And in 1991, Mt. Pinatubo erupted. Because of these experiences, Kapampangans create dishes out of everything in their environment, including insects and frogs, because it saves money and time.

Another reason why Pampanga is the culinary capital of the Philippines is because of the food that originated in the province. These dishes are sisig, tocino, bringhe, and morcon.

Pampanga has a signature style of cooking

Kapapampangans have their cooking style, which is called sangkutsa. This cooking method involves marinating food halfway to avoid spoilage and enhance the flavor of the food. This method is done during fiestas or when they need to cook large portions of dishes.

To do this, you need to add several flavorings to the dish’s main ingredients. You can add water plus salt, fish sauce, onions, garlic, and soy sauce. When the mixture is boiling, you should stir the meat heavily to render its lard until the food is half done.

A person or a place will not have a synonymous nickname unless there has been notoriety about it. Pampanga did not become the Culinary Capital of the Philippines just because of word of mouth. The promotion of tourism and different forms of media led to the reputation of Pampanga as the province for food.

In 1993, painter Josie Henson wrote an article that promoted Angeles City as the “Culinary Capital of the Philippines” to remove the city’s impression of being a “Sin City” during the American occupation of the Philippines. But before the rise of Facebook, the nickname was self-imposed by Kapampangan writers.

When food practices and blogs were dominating the internet, online news networks created documentaries, and other forms of media were making featuring food. It is only an hour away from Metro Manila. It is convenient for journalists and writers to write about food because of its proximity.

Because of the reports and recommendations from journalists, people from all around the country made reservations about these food destinations. Media coverage is essential, but it is not the sole reason why the province earned its nickname. Long before the reports and documentaries, Pampanga was already known for its food.

Living in the Philippines’ culinary capital

Living in Pampanga is the dream for foodies. With all the excellent cuisine that the province has, you are guaranteed to have a good dish for every meal in the province. And if you are relocating from Metro Manila, having a real estate property in Pampanga is beneficial because of its proximity, cuisine, and economic opportunities.

Where to live in Pampanga

Camella Pampanga is a nine-hectare real estate development in Angeles City. This Spanish-inspired community is strategically located near your favorite Kampampangan restaurants and establishments. Camella Pampanga has unique amenities such as a playground, basketball court, and lush green parks.

If you consider moving in the culinary capital of the Philippines, Camella Pampanga has everything you need. For over 45 years, Camella has been providing homes to Filipino families.

Ready to Move to Pampanga?

Check out our catalog of house and lot for sale in Pampanga!

Why You Should Consider Investing a Property in Aklan 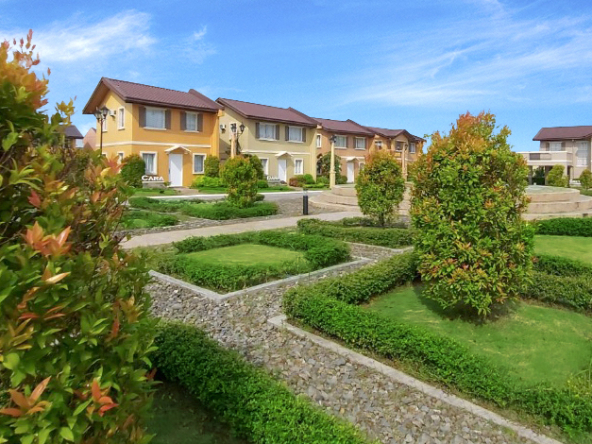 How Camella in Bacolod can Provide Financial Security to your Family

Bacolod is one of the oldest established cities in the Philippines. Known as the “Sugar Bowl of...
Continue reading 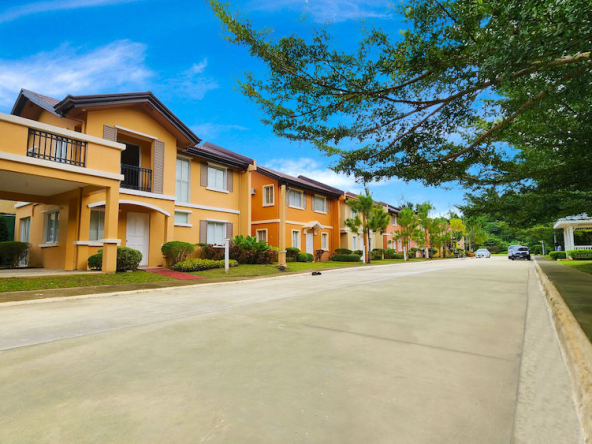 Cebu province is shaping up to be one of the country’s economic powerhouses. Not only is it home...
Continue reading